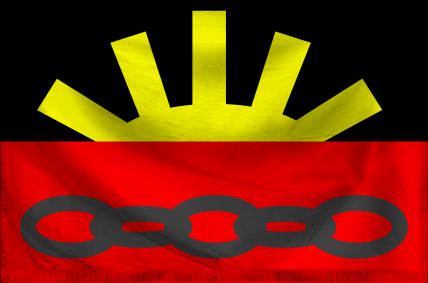 The Republic of Pland Adanna is a huge, genial nation, remarkable for its daily referendums, keen interest in outer space, and suspicion of poets. The compassionate, hard-working, democratic population of 479 million Pland Adannans enjoy a sensible mix of personal and economic freedoms, while the political process is open and the people's right to vote held sacrosanct.

The enormous, outspoken government juggles the competing demands of Education, Welfare, and Administration. It meets to discuss matters of state in the capital city of Adanna Heights. The average income tax rate is 67.2%, and even higher for the wealthy.

The powerhouse Pland Adannan economy, worth 32.4 trillion dollars a year, is led by the Beef-Based Agriculture industry, with significant contributions from Tourism, Woodchip Exports, and Information Technology. Average income is 67,681 dollars, and distributed extremely evenly, with little difference between the richest and poorest citizens.

The new national mascot has to be wheeled onto the field of play, tax returns detail how many games of slots each citizen will be able to play with their refund, the nation's universities are often mistaken for foreign embassies, and a survey of the nation's rivers and children has shown that pesticide levels are at an all-time regional high. Crime, especially youth-related, is totally unknown, thanks to a well-funded police force and progressive social policies in education and welfare. Pland Adanna's national animal is the octopus, which frolics freely in the nation's sparkling oceans.

Pland Adanna is ranked 98,108th in the world and 296th in Europeia for Most Politically Apathetic Citizens, with 51 Whatever.

Kingdom of Stargard, and 28 others.