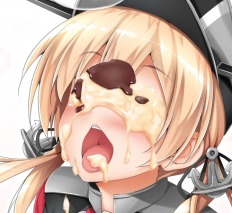 The Theocracy of Planestation is a colossal, efficient nation, remarkable for its smutty television, daily referendums, and keen interest in outer space. The compassionate population of 8.38 billion Planestationians have some civil rights, but not too many, enjoy the freedom to spend their money however they like, to a point, and take part in free and open elections, although not too often.

The medium-sized government juggles the competing demands of Education, Healthcare, and Industry. The average income tax rate is 72.4%, and even higher for the wealthy.

The frighteningly efficient Planestationian economy, worth a remarkable 1,012 trillion Credits a year, is led by the Information Technology industry, with major contributions from Tourism, Book Publishing, and Trout Farming. State-owned companies are reasonably common. Average income is an impressive 120,795 Credits, and evenly distributed, with the richest citizens earning only 2.2 times as much as the poorest.

The government is in utter turmoil following the recent abolishment of the tax code, politicians always seem to take two steps forward then three steps back, religious education is a new government priority, and all statues and paintings of dogs are being destroyed to avoid offending cat-lovers. Crime is totally unknown. Planestation's national animal is the Dungeon Boss, which frolics freely in the nation's many lush forests.

Planestation is ranked 152,153rd in the world and 6th in Night Rise for Largest Automobile Manufacturing Sector, scoring -4.9 on the Henry Ford Productivity Index.