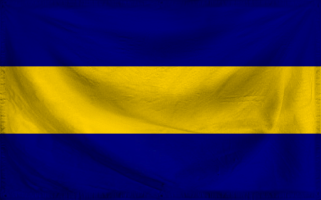 The United Republic of Porg Easka is a massive, orderly nation, ruled by Sir President with an iron fist, and remarkable for its barren, inhospitable landscape, smutty television, and public floggings. The hard-nosed, cynical, devout population of 2.506 billion Porg Easkans are ruled without fear or favor by a psychotic dictator, who outlaws just about everything and refers to the populace as "my little playthings."

The medium-sized, socially-minded government juggles the competing demands of Defense, Administration, and Law & Order. It meets to discuss matters of state in the capital city of Porg Easka City. The average income tax rate is 29.0%, but much higher for the wealthy.

The large but inefficient Porg Easkan economy, worth 111 trillion francs a year, is fairly diversified and led by the Arms Manufacturing industry, with major contributions from Uranium Mining, Woodchip Exports, and Information Technology. Black market activity is frequent. State-owned companies are common. Average income is 44,448 francs, and evenly distributed, with the richest citizens earning only 2.5 times as much as the poorest.

The request to "give us our daily bread" can only be fulfilled six days out of seven, the Porg Easka City Prison Revue puts on a better stage show than anything in the Theatre District, six-year-old children playing dress-up are viewed with suspicion, and serial commas clarify the relationship between one's lackeys, the taxpayers, and kinsfolk. Crime, especially youth-related, is totally unknown, thanks to a capable police force and progressive social policies in education and welfare. Porg Easka's national animal is the porg, which teeters on the brink of extinction due to widespread deforestation.

Porg Easka is ranked 183,234th in the world and 295th in Forest for Largest Insurance Industry, scoring -8.43 on the Risk Expulsion Effectiveness Rating.