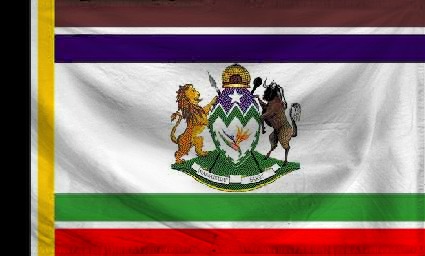 The Singing Peoples of Princess Magogo is a gargantuan, cultured nation, remarkable for its strictly enforced bedtime, zero percent divorce rate, and complete lack of public education. The hard-nosed, hard-working population of 22.012 billion Zulus are free to succeed or fail in life on their own merits; the successful tend to enjoy an opulent (but moralistic) lifestyle, while the failures can be seen crowding out most jails.

The minute, pro-business government, or what there is of one, juggles the competing demands of Industry, Defense, and Law & Order. Citizens pay a flat income tax of 4.2%.

The frighteningly efficient Princess Magogoan economy, worth a remarkable 2,220 trillion Spears a year, is driven almost entirely by the private sector, which is broadly diversified and led by the Gambling industry, with major contributions from Beef-Based Agriculture, Uranium Mining, and Arms Manufacturing. Average income is an impressive 100,864 Spears, but there is a large disparity between incomes, with the richest 10% of citizens earning 391,179 per year while the poor average 17,814, a ratio of 22.0 to 1.

Citizens live in superstitious fear of the mysterious glowing clouds that float over Princess Magogo, corporations cut costs by taking away safety-features on their products, businesses often fire workers in favour of cheaper automatic systems, and phone taps are frequently carried out by the police. Crime is a problem, with the police force struggling against a lack of funding and a high mortality rate. Princess Magogo's national animal is the Leopard, which frolics freely in the nation's many lush forests.

Princess Magogo is ranked 190,396th in the world and 3rd in The Rose Garden for Largest Governments, scoring 8.37 on the Bureaucratic Comprehensiveness Rating Scale Index.