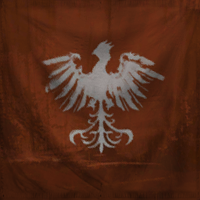 The Confederate of Republic of Mesque is a massive, environmentally stunning nation, ruled by Kralj Đogovski with an iron fist, and remarkable for its museums and concert halls, compulsory military service, and keen interest in outer space. The hard-nosed, hard-working, cynical population of 4.658 billion Mesquites are kept under strict control by the oppressive government, which measures its success by the nation's GDP and refers to individual citizens as "human resources."

The relatively small, corrupt, moralistic, well-organized government juggles the competing demands of Education, Industry, and Law & Order. It meets to discuss matters of state in the capital city of Mesqüe Mundi. The average income tax rate is 33.6%.

The frighteningly efficient Mesquite economy, worth 965 trillion Reáls a year, is broadly diversified and led by the Information Technology industry, with major contributions from Tourism, Retail, and Arms Manufacturing. Average income is an amazing 207,218 Reáls, and evenly distributed, with the richest citizens earning only 4.6 times as much as the poorest.

Funeral mourners ridesharing with the deceased are encouraged to sit on the coffin to save room, Kralj Đogovski has promised 'power to the puppies', there's a bright dawn ahead for Republic of Mesque, and mechanics are often exhausted by their work. Crime, especially youth-related, is totally unknown, thanks to a capable police force and progressive social policies in education and welfare. Republic of Mesque's national animal is the Rooster, which is also the nation's favorite main course.

Republic of Mesque is ranked 194,507th in the world and 61st in Liberty Democratic Alliance for Least Corrupt Governments, with 91.7 percentage of bribes refused.

Most Recent Government Activity: 93 minutes ago