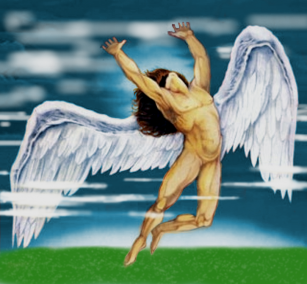 The Oh My GOD! What were they thinking! He's a MODERATOR! of
Sedgistan
Anarchy Post-Revolution Embryonic Society
Don't piss down my back and try and tell me it's raining
Influence
Enforcer
WA Delegate / His slightly less awesomeness
Region
The Moon
Civil Rights
Frightening
Economy
Imploded
Political Freedom
Corrupted

The Oh My GOD! What were they thinking! He's a MODERATOR! of Sedgistan is a gargantuan, socially progressive nation, ruled by Sedge with a fair hand, and notable for its rum-swilling pirates, otherworldly petting zoo, and sprawling nuclear power plants. The hard-nosed, hard-working, democratic, humorless population of 29.263 billion Sedgistanis live in a state of perpetual fear, as a complete breakdown of social order has led to the rise of order through biker gangs.

There is no government in the normal sense of the word; however, a small group of community-minded, corrupt, liberal, pro-business, outspoken individuals keep a keen eye out for any attempt to organize such a thing, and ruthlessly crush it. It meets to discuss matters of state in the capital city of Rockall. Income tax is unheard of.

The large but stagnant Sedgistani economy, worth 735 trillion pounds a year, is driven almost entirely by the private sector, which is broadly diversified and led by the Retail industry, with major contributions from Soda Sales, Gambling, and Pizza Delivery. Average income is 25,138 pounds, but there is a vast disparity between incomes, with the richest 10% of citizens earning 170,563 per year while the poor average 1,359, a ratio of 125 to 1.

Marketing departments of corporate giants compete to sponsor little league teams, a popular Sedgistani saying is 'wishing upon a fallen jet engine', sofas are perpetually on sales that Must End Soon, and the roar of the Niagara 3000 mega-loo can be heard several blocks away. Crime, especially youth-related, is so common that it is unusual to encounter someone following the law, perhaps because of the country's complete lack of prisons. Sedgistan's national animal is the greyhound, which is also the nation's favorite main course.

Sedgistan is ranked 75,259th in the world and 12th in The Moon for Largest Pizza Delivery Sector, scoring 2,625.65 on the Pepperoni Propulsion Productivity Index.

Most Recent Government Activity: 37 minutes ago