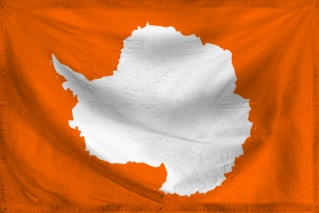 The Union of Socialist States of East Antarctica is a gargantuan, environmentally stunning nation, ruled by Danielle Gillespie with a fair hand, and remarkable for its soft-spoken computers, pith helmet sales, and anti-smoking policies. The compassionate, democratic, cheerful population of 11 billion East Antarcticans are free to do what they want with their own bodies, and vote for whomever they like in elections; if they go into business, however, they are regulated to within an inch of their lives.

The enormous, liberal, socially-minded, outspoken government juggles the competing demands of Education, Environment, and Healthcare. It meets to discuss matters of state in the capital city of Victoria. The income tax rate is 100%.

The frighteningly efficient East Antarctican economy, worth a remarkable 2,702 trillion Antarctic rubles a year, is driven entirely by a combination of government and state-owned industry, with private enterprise illegal. The industrial sector, which is highly specialized, is led by the Information Technology industry, with major contributions from Tourism and Book Publishing. Average income is an amazing 245,701 Antarctic rubles, and distributed extremely evenly, with practically no difference between the richest and poorest citizens.

Posters on 'East Antarctican Values' advise against being proud of Socialist States of East Antarctica, SSOEA-SPAN viewership drops as MPs act their age, people say chess victor Danielle Gillespie can kill you with mind-bullets, and Scoutmasters debate whether luxury log cabins defeat the purpose of camping. Crime is totally unknown, thanks to a capable police force and progressive social policies in education and welfare. Socialist States of East Antarctica's national animal is the Weddell seal, which frolics freely in the nation's sparkling oceans.

Socialist States of East Antarctica is ranked 663rd in the world and 11th in 10000 Islands for Best Weather, with 794 Meters Of Sunlight.

Conservative Republic Of Huang, and 28 others.