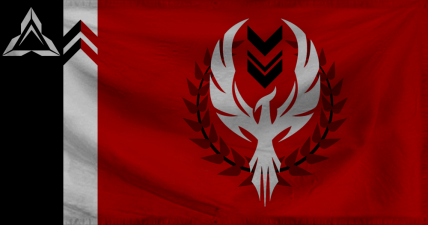 The Empire of Solshime is a massive, cultured nation, ruled by alexander with an iron fist, and notable for its free-roaming dinosaurs, frequent executions, and punitive income tax rates. The hard-nosed, cynical, humorless population of 4.526 billion Solshimeans are ruled with an iron fist by the dictatorship government, which ensures that no-one outside the party gets too rich. In their personal lives, however, citizens are relatively unoppressed; it remains to be seen whether this is because the government genuinely cares about its people, or if it hasn't gotten around to stamping out civil rights yet.

The large, corrupt, socially-minded, well-organized government is primarily concerned with Defense, although Law & Order, Education, and Administration are also considered important, while Public Transport receives no funds. It meets to discuss matters of state in the capital city of New Alexandria. The average income tax rate is 98.5%.

The frighteningly efficient Solshimean economy, worth a remarkable 1,377 trillion Gold coins a year, is driven entirely by a combination of government and state-owned industry, with private enterprise illegal. However, for those in the know, there is an enormous, deeply entrenched, broadly diversified black market in Arms Manufacturing, Information Technology, Book Publishing, and Beef-Based Agriculture. The private sector mostly consists of enterprising ten-year-olds selling lemonade on the sidewalk, but the government is looking at stamping this out. Average income is an amazing 304,440 Gold coins, and distributed extremely evenly, with little difference between the richest and poorest citizens.

Solshimeans visiting rural Southern Wolf Village can get their driving records clean for a small fee, government agents are triangulating the position of the rainbow's end for the purposes of gold acquisition, authorities are looking for a stool pigeon to rat out who is stealing food from pigeon toilets, and 90% of active duty SAF personnel have been laid off and replaced by robot kill-drones. Crime, especially youth-related, is totally unknown, thanks to a well-funded police force and progressive social policies in education and welfare. Solshime's national animal is the wolf, which frolics freely in the nation's many lush forests, and its national religion is Children of the Five Gods.

Solshime is ranked 270,533rd in the world and 6,668th in the Rejected Realms for Most Avoided, scoring 0.52 on the Kardashian Reflex Score.

Most Recent Government Activity: 110 minutes ago