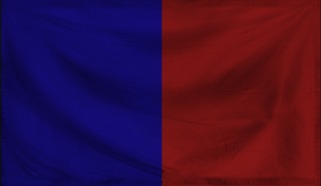 The Red Curtains of Stateazar is a colossal, genial nation, ruled by President Thespis Broadway III with a fair hand, and renowned for its ban on automobiles, irreverence towards religion, and devotion to social welfare. The compassionate, democratic population of 5.415 billion Stateazarians love a good election, and the government gives them plenty of them. Universities tend to be full of students debating the merits of various civil and political rights, while businesses are tightly regulated and the wealthy viewed with suspicion.

The enormous, outspoken government prioritizes Education, although Administration, Healthcare, and Environment are also considered important. It meets to discuss matters of state in the capital city of New Teatro City. The average income tax rate is 88.0%, and even higher for the wealthy.

The frighteningly efficient Stateri economy, worth 487 trillion dollars a year, is highly specialized and mostly made up of the Information Technology industry, with significant contributions from Tourism. State-owned companies are reasonably common. Average income is 90,109 dollars, and distributed extremely evenly, with practically no difference between the richest and poorest citizens.

The minority inevitably have their addenda vetoed, five-year-olds who refuse to line up on command get gold stars, tourists call Stateri beach towns "the fine coastline", and matryoshka dolls resembling nested Death Stars are commonly sold. Crime, especially youth-related, is totally unknown, thanks to a well-funded police force and progressive social policies in education and welfare. Stateazar's national animal is the kiwi, which frolics freely in the nation's many lush forests.

Stateazar is ranked 188,524th in the world and 161st in The Union of Democratic States for Largest Basket Weaving Sector, scoring -4.43 on the Hickory Productivity Index.