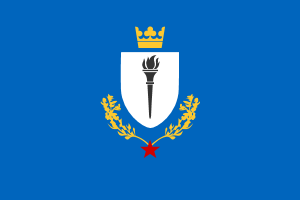 The Kingdom of Supcotia is a colossal, efficient nation, ruled by King Colby IV with a fair hand, and renowned for its museums and concert halls, soft-spoken computers, and devotion to social welfare. The hard-nosed, democratic, devout population of 7.001 billion Supcotians hold their civil and political rights very dear, although the wealthy and those in business tend to be viewed with suspicion.

The enormous government juggles the competing demands of Education, Environment, and Law & Order. It meets to discuss matters of state in the capital city of Windhelm. The average income tax rate is 75.7%, and even higher for the wealthy.

The frighteningly efficient Supcotian economy, worth 556 trillion cotas a year, is driven entirely by a combination of government and state-owned industry, with private enterprise illegal. The industrial sector, which is quite specialized, is mostly made up of the Tourism industry, with significant contributions from Arms Manufacturing, Information Technology, and Furniture Restoration. Average income is 79,537 cotas, and distributed extremely evenly, with little difference between the richest and poorest citizens.

An aboriginal talking stick is used for leaders' debates at election time, biker gangs and fashionistas are converting to Violetism en masse, beating enemies to death with a baseball bat is legal if done within nine innings, and the countryside is shrouded by wind farms. Crime, especially youth-related, is totally unknown, thanks to the all-pervasive police force and progressive social policies in education and welfare. Supcotia's national animal is the cotian wolf, which is also the nation's favorite main course, and its national religion is Ascendancy.