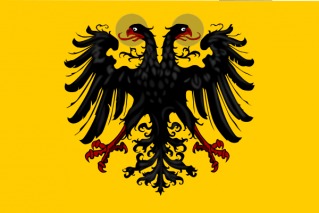 The Grand Kingdom of
The Alemanni
Left-Leaning College State Paradise
If I shall love my country it should be beautiful.
Influence
Handshaker
Region
Spiritus
Civil Rights
Superb
Economy
Frightening
Political Freedom
Excellent

The Grand Kingdom of The Alemanni is a gargantuan, efficient nation, ruled by King Maximilian von Kartoffel with an even hand, and notable for its daily referendums, ubiquitous missile silos, and multi-spousal wedding ceremonies. The compassionate, democratic, cheerful population of 16.883 billion Alamanians enjoy extensive civil freedoms, particularly in social issues, while business tends to be more regulated.

The large, liberal government prioritizes Education, although Industry, Healthcare, and Environment are also considered important, while Spirituality isn't funded at all. It meets to discuss matters of state in the capital city of Neu Munich. The average income tax rate is 96.4%.

The frighteningly efficient Alamanian economy, worth a remarkable 3,241 trillion Marks a year, is quite specialized and dominated by the Tourism industry, with significant contributions from Information Technology and Book Publishing. State-owned companies are common. Average income is an impressive 192,008 Marks, and distributed extremely evenly, with little difference between the richest and poorest citizens.

NationStates staff are easily recognizable by their gold-plated mansions, everyone wants to be on the guest list for diplomatic parties, the military has gone fission for more funding, and the navy's new flotilla is gonna be a thrilla. Crime is totally unknown. The Alemanni's national animal is the Black Eagle, which soars majestically through the nation's famously clear skies, and its national religion is Catholicism.

The Alemanni is ranked 4,325th in the world and 13th in Spiritus for Highest Economic Output, with 3,241 trillion Standard Monetary Units.