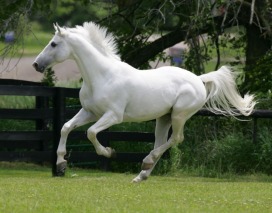 The Holy Empire of The Almighty Mare is a gargantuan, orderly nation, ruled by Ridem Cowboy with an iron fist, and notable for its anti-smoking policies, frequent executions, and suspicion of poets. The hard-nosed, hard-working, cynical, humorless, devout population of 32.656 billion Almighty Mares are kept under strict control by the oppressive government, which measures its success by the nation's GDP and refers to individual citizens as "human resources."

The medium-sized, well-organized government juggles the competing demands of Defense, Law & Order, and Spirituality. It meets to discuss matters of state in the capital city of Great Plainsville. The average income tax rate is 19.1%.

The very strong Almighty economy, worth a remarkable 2,117 trillion saddles a year, is broadly diversified and led by the Arms Manufacturing industry, with major contributions from Automobile Manufacturing, Retail, and Uranium Mining. Average income is 64,854 saddles, and evenly distributed, with the richest citizens earning only 4.7 times as much as the poorest.

Black market eau de toilette is made in bathroom labs across the nation, the military's primary weapons are fear, surprise, ruthless efficiency, and a fanatical devotion to Catholicism, it is now illegal for teens to view any sites except Club Kitten and My Little Donkey, and the government's only official statement on the burning down of Great Plainsville was that 'they shouldn't have been so careless'. Crime, especially youth-related, is totally unknown, thanks to a very well-funded police force. The Almighty Mare's national animal is the crock-a-rere, which teeters on the brink of extinction due to widespread deforestation, and its national religion is Catholicism.

The Almighty Mare is ranked 28,031st in the world and 2nd in Vatican II for Largest Manufacturing Sector, scoring 14,885.35 on the Gooback-Jerbs Productivity Index.