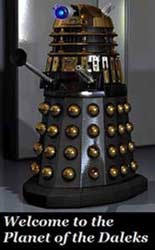 The Armed Republic of The Skarian Empire is a gargantuan, efficient nation, notable for its frequent executions, compulsory military service, and anti-smoking policies. The hard-nosed, hard-working, cynical, humorless population of 25.083 billion Skarians are ruled with an iron fist by the corrupt, dictatorship government, which oppresses anyone who isn't on the board of a Fortune 500 company. Large corporations tend to be above the law, and use their financial clout to gain ever-increasing government benefits at the expense of the poor and unemployed.

The frighteningly efficient a Skarian economy, worth a remarkable 3,170 trillion kals a year, is broadly diversified and led by the Arms Manufacturing industry, with major contributions from Uranium Mining, Automobile Manufacturing, and Beef-Based Agriculture. Average income is an impressive 126,409 kals, but there is a significant disparity between incomes, with the richest 10% of citizens earning 379,654 per year while the poor average 32,860, a ratio of 11.6 to 1.

Pristine wilderness has been trashed in the quest for cheaper oil, people regularly disappear off the streets and all evidence of them is destroyed, the automotive industry soaks up huge government handouts, and guns are banned. Crime, especially youth-related, is totally unknown, thanks to a well-funded police force. The Skarian Empire's national animal is the dalek, which is also the nation's favorite main course.

The Skarian Empire is ranked 238,937th in the world and 16th in The Doctor Who Universe for Best Weather, with -33 Meters Of Sunlight.

Most Recent Government Activity: 34 days ago