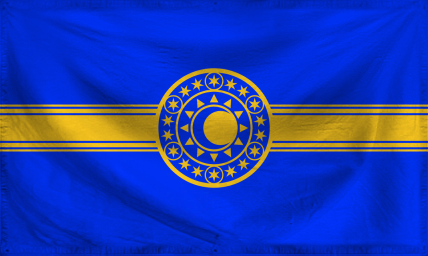 The Federal Monarchy of The Vanic Imperium is a massive, safe nation, ruled by King Steinnart of Vanaheim with an even hand, and remarkable for its museums and concert halls, daily referendums, and parental licensing program. The hard-nosed, hard-working, democratic population of 1.078 billion Vanians have some civil rights, but not too many, enjoy the freedom to spend their money however they like, to a point, and take part in free and open elections, although not too often.

The medium-sized government juggles the competing demands of Defense, Education, and Administration. It meets to discuss matters of state in the capital city of Vígiheim. The average income tax rate is 74.9%, and even higher for the wealthy.

The frighteningly efficient Vanic economy, worth 177 trillion Vaniis a year, is broadly diversified and led by the Information Technology industry, with major contributions from Arms Manufacturing, Beef-Based Agriculture, and Woodchip Exports. State-owned companies are reasonably common. Average income is an impressive 164,352 Vaniis, and distributed extremely evenly, with little difference between the richest and poorest citizens.

The military has grudgingly released all top secret information in an effort for greater transparency, the nation is committed to nuclear rearmament, no-one can foil the ambitions of Big Aluminium, and the carbon footprint falls along with the human footprint during war. Crime, especially youth-related, is totally unknown, thanks to a capable police force and progressive social policies in education and welfare. The Vanic Imperium's national animal is the Great Vanic Polar Bear, which frolics freely in the nation's many lush forests.

The Vanic Imperium is ranked 125,328th in the world and 4,602nd in the Pacific for Largest Insurance Industry, scoring 133.61 on the Risk Expulsion Effectiveness Rating.