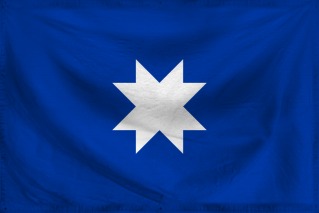 The Sacro Imperio of United Communes of Chile is a colossal, efficient nation, ruled by El Gran Presidente with an iron fist, and remarkable for its avant-garde cinema, anti-smoking policies, and sprawling nuclear power plants. The hard-nosed, cynical, humorless population of 5.892 billion Chilenos are ruled with an iron fist by the dictatorship government, which ensures that no-one outside the party gets too rich. In their personal lives, however, citizens are relatively unoppressed; it remains to be seen whether this is because the government genuinely cares about its people, or if it hasn't gotten around to stamping out civil rights yet.

The enormous, corrupt, socially-minded, well-organized government juggles the competing demands of Education, Defense, and Law & Order. It meets to discuss matters of state in the capital city of La Capital Imperial de Iquique. The average income tax rate is 98.7%.

The frighteningly efficient United Communes of Chilean economy, worth a remarkable 1,167 trillion chilean pesetas a year, is driven entirely by a combination of government and state-owned industry, with private enterprise illegal. The industrial sector, which is quite specialized, is led by the Information Technology industry, with significant contributions from Arms Manufacturing and Book Publishing. Average income is an impressive 198,217 chilean pesetas, and distributed extremely evenly, with little difference between the richest and poorest citizens.

The nation's atlases tend to go out of date every few weeks, graffiti graces every city's streets, Red Cross demand for body bags is rising while sutures go unused, and court verdicts are predictable to within a hundredth of a percentage point. Crime, especially youth-related, is totally unknown, thanks to a very well-funded police force and progressive social policies in education and welfare. United Communes of Chile's national animal is the Andean Condor, which is also the nation's favorite main course, and its national religion is Mandated worship of El Gran Presidente.

United Communes of Chile is ranked 209,319th in the world and 1,121st in Europe for Rudest Citizens, with 23.3 Insults Per Minute.

The Twelve Nations of Eastern Europe,