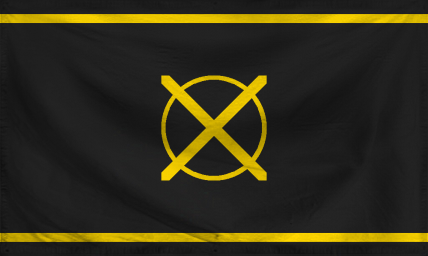 The Holy Empire of V H R Starkiller is a massive, safe nation, notable for its irreverence towards religion. The democratic population of 1.893 billion citizens love a good election, and the government gives them plenty of them. Universities tend to be full of students debating the merits of various civil and political rights, while businesses are tightly regulated and the wealthy viewed with suspicion.

The medium-sized, outspoken government juggles the competing demands of Education, Defense, and Healthcare. The average income tax rate is 28.0%, but much higher for the wealthy.

The sizeable but inefficient Starkiller economy, worth 48.1 trillion rubledollars a year, is led by the Information Technology industry, with significant contributions from Beef-Based Agriculture, Cheese Exports, and Arms Manufacturing. State-owned companies are common. Average income is 25,433 rubledollars, and evenly distributed, with the richest citizens earning only 2.0 times as much as the poorest.

A large-scale revitalization of the education system is underway, scientists regularly clone human beings for research purposes, organ donation is compulsory, and Leader is too busy listening to praise to get any work done. Crime is almost non-existent. V H R Starkiller's national animal is the robot.

V H R Starkiller is ranked 88,024th in the world and 179th in Solarisa for Largest Cheese Export Sector, scoring 2,115.4 on the Mozzarella Productivity Index.