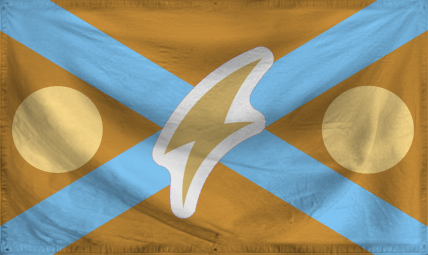 The Profound Eminency of Volkarai is a massive, safe nation, ruled by Ban-Diùc MacTavish IV with a fair hand, and renowned for its avant-garde cinema, keen interest in outer space, and stringent health and safety legislation. The compassionate, democratic population of 1.099 billion Volks are free to do what they want with their own bodies, and vote for whomever they like in elections; if they go into business, however, they are regulated to within an inch of their lives.

The medium-sized government prioritizes Education, with Healthcare, Defense, and Industry also on the agenda, while Spirituality isn't funded at all. It meets to discuss matters of state in the capital city of Kirk Yetholm. The average income tax rate is 41.4%, but much higher for the wealthy.

The strong Volkaraian economy, worth 63.0 trillion tasdans a year, is led by the Tourism industry, with major contributions from Information Technology, Furniture Restoration, and Pizza Delivery. State-owned companies are reasonably common. Average income is 57,347 tasdans, and distributed extremely evenly, with little difference between the richest and poorest citizens.

Board shorts have replaced board rooms, people reciting Shakespeare have become a common sight, glittering new sports stadiums adorn every city and town, and Ban-Diùc MacTavish IV has just been declared ruler of Volkarai in an international press conference. Crime, especially youth-related, is totally unknown. Volkarai's national animal is the tàirngarú, which frolics freely in the nation's many lush forests.

Volkarai is ranked 82,228th in the world and 3,794th in The East Pacific for Largest Trout Fishing Sector, scoring 2,085.04 on the Nemo Depletion Efficiency Index.