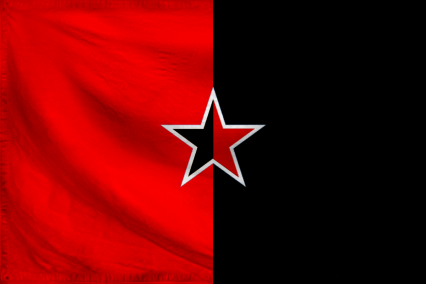 The Federation of Wallachinstein is a massive, safe nation, ruled by the Council with an even hand, and notable for its daily referendums, compulsory military service, and devotion to social welfare. The hard-nosed, democratic population of 2.573 billion Wallachians enjoy extensive civil rights and enjoy a level of social equality free from the usual accompanying government corruption.

The enormous government juggles the competing demands of Education, Healthcare, and Environment. It meets to discuss matters of state in the capital city of Vallahia. The average income tax rate is 70.5%, and even higher for the wealthy.

The very strong Wallachian economy, worth 182 trillion wallachmarks a year, is driven entirely by a combination of government and state-owned industry, with private enterprise illegal. The industrial sector, which is quite specialized, is led by the Information Technology industry, with major contributions from Book Publishing, Arms Manufacturing, and Tourism. Average income is 71,119 wallachmarks, and distributed extremely evenly, with little difference between the richest and poorest citizens.

Things are looking up for patients accidentally prescribed erectile dysfunction medication, the derisively named "Morlocks of Moria" futilely demand time in the sun, citizens are remarkably well involved in the political process, and signatures have been replaced with illegible scribbles. Crime, especially youth-related, is totally unknown, thanks to a capable police force and progressive social policies in education and welfare. Wallachinstein's national animal is the Bee, which soars majestically through the nation's famously clear skies, and its national religion is Athiesm.

Wallachinstein is ranked 231,065th in the world and 106th in Social Technocratic Union for Largest Cheese Export Sector, scoring -9.72 on the Mozzarella Productivity Index.

The 2nd Kingdom of Domina,