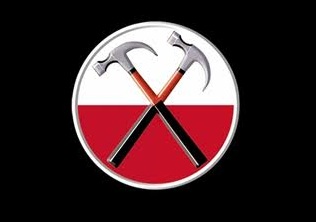 The Wall of WerGod is a gargantuan, orderly nation, ruled by Lord Chancellor Pink Floyd with an iron fist, and remarkable for its compulsory military service, parental licensing program, and public floggings. The hard-nosed, hard-working, cynical, humorless, devout population of 23.707 billion WerGodians are ruled with an iron fist by the corrupt, dictatorship government, which oppresses anyone who isn't on the board of a Fortune 500 company. Large corporations tend to be above the law, and use their financial clout to gain ever-increasing government benefits at the expense of the poor and unemployed.

The tiny, corrupt, moralistic, pro-business, well-organized government is primarily concerned with Defense, although Law & Order is also considered important, while Welfare and Environment are ignored. It meets to discuss matters of state in the capital city of Royal Redwood Castle. Citizens pay a flat income tax of 3.3%.

The powerhouse WerGodian economy, worth a remarkable 3,408 trillion Silver Bullets a year, is driven almost entirely by the private sector, which is broadly diversified and dominated by the Arms Manufacturing industry, with significant contributions from Uranium Mining, Automobile Manufacturing, and Retail. Average income is an impressive 143,783 Silver Bullets, but there is a vast disparity between incomes, with the richest 10% of citizens earning 1,323,430 per year while the poor average 1,593, a ratio of 830 to 1.

Hairdressers are among those who have disappeared overnight, the government regularly hires contractors to construct high rise apartments, murder victims' families receive windfall payouts when the murderers are executed, and curtailed social programs have left many citizens bereft of any safety net. Crime, especially youth-related, is totally unknown, thanks to a capable police force. WerGod's national animal is the Werewolf, which teeters on the brink of extinction due to widespread deforestation.

WerGod is ranked 34,972nd in the world and 3rd in Hell for Most Primitive, scoring 62.18 on the Scary Big Number Scale.