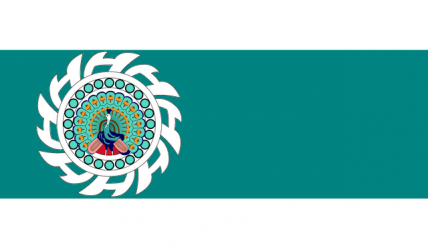 The Kingdom of Winian Islands is a gargantuan, cultured nation, ruled by Queen Amélie Sayi with a fair hand, and remarkable for its complete lack of prisons, ritual sacrifices, and punitive income tax rates. The compassionate, democratic population of 24.093 billion Winians enjoy a sensible mix of personal and economic freedoms, while the political process is open and the people's right to vote held sacrosanct.

The large, outspoken government juggles the competing demands of Education, Environment, and Social Policy. It meets to discuss matters of state in the capital city of Naïam. The average income tax rate is 92.1%, and even higher for the wealthy.

The thriving Winian economy, worth a remarkable 3,870 trillion Winian Francs a year, is led by the Tourism industry, with significant contributions from Book Publishing, Information Technology, and Furniture Restoration. State-owned companies are common. Average income is an impressive 160,658 Winian Francs, and distributed extremely evenly, with little difference between the richest and poorest citizens.

Prime real estate is devoted to wind farms and solar energy generators, students memorise knock-knock jokes for their mandatory twice-a-term Comedy Examinations, space research funding has hit a recent high while several military bases are being closed down, and no one believes anything until it has been strenuously tested and peer-reviewed. Crime is totally unknown, thanks to a capable police force and progressive social policies in education and welfare. Winian Islands's national animal is the Green Peacock, which frolics freely in the nation's many lush forests, and its national religion is Buddhism.

Winian Islands is ranked 4,769th in the world and 14th in Greater Dienstad for Largest Populations, with 24.1 billion Capita.