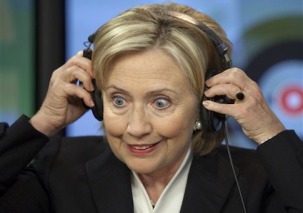 The Confederacy of Hillary Fan Girl 1 is a colossal, environmentally stunning nation, renowned for its punitive income tax rates and stringent health and safety legislation. The hard-nosed population of 9.707 billion Hillary Fan Girl 1ians are prohibited from doing almost everything except voting, which they do timidly and conservatively.

The enormous, moralistic, socially-minded government prioritizes Welfare, although Education, Spirituality, and Healthcare are also considered important. The average income tax rate is 65.8%, and even higher for the wealthy.

The sizeable but stagnant Hillary Fan Girl 1ian economy, worth 28.8 trillion Dollars a year, is highly specialized and led by the Tourism industry, with significant contributions from Uranium Mining, Soda Sales, and Gambling. Black market activity is frequent. State-owned companies are common. Average income is 2,963 Dollars, and distributed extremely evenly, with practically no difference between the richest and poorest citizens.

Crime is totally unknown, thanks to a well-funded police force and progressive social policies in education and welfare. Hillary Fan Girl 1's national animal is the Bear, which frolics freely in the nation's many lush forests.

Hillary Fan Girl 1 is ranked 204,733rd in the world and 4th in Joe Biden for Most Developed, scoring 40.84 on the Human Development Index.

Most Recent Government Activity: 53 days ago