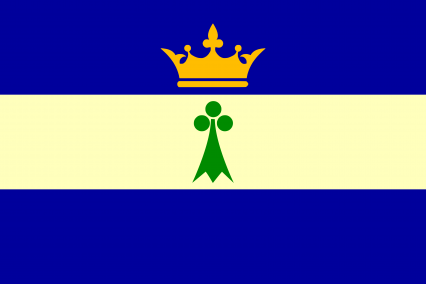 The Constitutional Monarchy of Nethertopia is a gargantuan, safe nation, ruled by Pieter van Delta with a fair hand, and notable for its hatred of cheese, restrictive gun laws, and devotion to social welfare. The hard-nosed, hard-working, democratic population of 28.683 billion Nethertopians enjoy a sensible mix of personal and economic freedoms, while the political process is open and the people's right to vote held sacrosanct.

It is difficult to tell where the omnipresent, outspoken government stops and the rest of society begins, but it juggles the competing demands of Environment, Education, and Healthcare. It meets to discuss matters of state in the capital city of Peregrinus City. The average income tax rate is 85.8%, and even higher for the wealthy.

The frighteningly efficient Nethertopian economy, worth a remarkable 2,031 trillion Golden Sovereigns a year, is driven almost entirely by government activity. The industrial sector, which is extremely specialized, is mostly made up of the Information Technology industry, with significant contributions from Tourism. Average income is 70,820 Golden Sovereigns, and distributed extremely evenly, with little difference between the richest and poorest citizens.

Skateparks can be found in every city, all footpaths have tollbooths, the Smalltopian embassy doubles as an electoral campaign headquarters, and bus ads propagandize causes ranging from sexual revolution to religious pogroms. Crime is totally unknown, thanks to a very well-funded police force and progressive social policies in education and welfare. Nethertopia's national animal is the Peregrine Falcon, which is also the nation's favorite main course.

Nethertopia is ranked 224,733rd in the world and 84th in Rushmore for Largest Trout Fishing Sector, scoring -8.49 on the Nemo Depletion Efficiency Index.