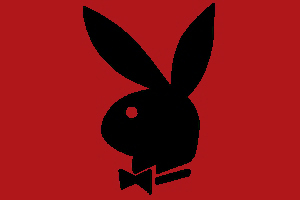 The Disputed Territories of Schala is a gargantuan, genial nation, ruled by Princess with an iron fist, and renowned for its strictly enforced bedtime, parental licensing program, and stringent health and safety legislation. The compassionate, cynical, devout population of 16.661 billion Schalans are ruled with an iron fist by the dictatorship government, which ensures that no-one outside the party gets too rich. In their personal lives, however, citizens are relatively unoppressed; it remains to be seen whether this is because the government genuinely cares about its people, or if it hasn't gotten around to stamping out civil rights yet.

The enormous, corrupt, socially-minded, well-organized government juggles the competing demands of Education, Administration, and Law & Order. It meets to discuss matters of state in the capital city of Royal Slave Dungeon. The income tax rate is 100%.

The frighteningly efficient Enslaved economy, worth a remarkable 5,963 trillion Whips a year, is driven entirely by a combination of government and state-owned industry, with private enterprise illegal. The industrial sector, which is highly specialized, is mostly made up of the Information Technology industry, with significant contributions from Tourism. Average income is an amazing 357,909 Whips, and evenly distributed, with the richest citizens earning only 4.2 times as much as the poorest.

Telling someone to 'break a leg' is considered a criminal inducement to self harm, suburban backyards are seized by the government and turned into national parks, families waiting for delayed pipe installations hope daily for rain, and foreign nations kill migratory animals at random in the hope that Schala will pay them to stop. Crime, especially youth-related, is totally unknown, thanks to the all-pervasive police force and progressive social policies in education and welfare. Schala's national animal is the sparkle pony, which frolics freely in the nation's many lush forests, and its national religion is Obedience.

Schala is ranked 9th in the world and 1st in The Slave Guilds for Most Popular Tourist Destinations, with 4,142.44 tourists per hour.