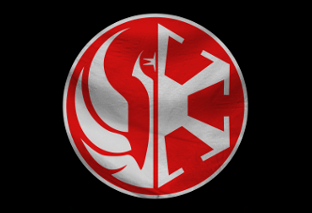 The Galactic Outpost of Sigilo is a colossal, environmentally stunning nation, ruled by the Emperor with a fair hand, and remarkable for its compulsory military service, smutty television, and irreverence towards religion. The hard-working, democratic population of 6.885 billion Sigilans enjoy a sensible mix of personal and economic freedoms, while the political process is open and the people's right to vote held sacrosanct.

The relatively small government juggles the competing demands of Defense, Law & Order, and Administration. It meets to discuss matters of state in the capital city of Sigilo City. Citizens pay a flat income tax of 7.7%.

The strong Sigiloan economy, worth 448 trillion marks a year, is broadly diversified and led by the Tourism industry, with major contributions from Retail, Arms Manufacturing, and Uranium Mining. Average income is 65,099 marks, with the richest citizens earning 5.8 times as much as the poorest.

Foreign nations kill migratory animals at random in the hope that Sigilo will pay them to stop, new pilots are regularly reminded that they are more expendable than their planes, the richest individuals apparently buy nothing but noodles and toilet paper, and the military is on a massive recruiting drive in advance of an invasion of Brasilistan. Crime, especially youth-related, is almost non-existent, thanks to a capable police force and progressive social policies in education and welfare. Sigilo's national animal is the chameleon, which frolics freely in the nation's many lush forests.

Sigilo is ranked 64,248th in the world and 5th in Atlantic for Most Politically Free, scoring 72.86 on the Diebold Election Inking Scale.