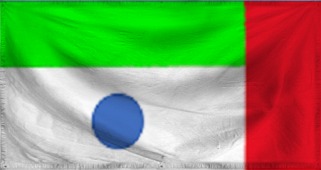 The Galactic Empire of Riptaria is a massive, orderly nation, ruled by general degaras with an iron fist, and renowned for its barren, inhospitable landscape, strictly enforced bedtime, and restrictive gun laws. The hard-nosed, cynical, humorless population of 4.653 billion Riptarians are ruled without fear or favor by a psychotic dictator, who outlaws just about everything and refers to the populace as "my little playthings."

The medium-sized, corrupt, moralistic, well-organized government is effectively ruled by the Department of Defense, with International Aid and Environment not funded at all. It meets to discuss matters of state in the capital city of riptaria city. The average income tax rate is 95.0%.

The all-consuming Riptarian economy, worth a remarkable 1,802 trillion ripions a year, is driven entirely by a combination of government and state-owned industry, with private enterprise illegal. However, for those in the know, there is an enormous, deeply entrenched, broadly diversified black market in Arms Manufacturing, Information Technology, Uranium Mining, and Woodchip Exports. The private sector mostly consists of enterprising ten-year-olds selling lemonade on the sidewalk, but the government is looking at stamping this out. Average income is an amazing 387,311 ripions, and evenly distributed, with the richest citizens earning only 2.7 times as much as the poorest.

Cleaners are very careful not to bump into the big red button on general degaras's desk, the military perceives nations hit by natural disasters as "easy pickings", citizens who fail to follow the official national religion are executed, and ethnic minorities are often refused admission to some of the nation's best schools. Crime, especially youth-related, is totally unknown, thanks to a capable police force and progressive social policies in education and welfare. Riptaria's national animal is the slave, which is also the nation's favorite main course, and its national religion is riptarianisom.

Riptaria is ranked 192,715th in the world and 126th in The United Federations for Highest Crime Rates, with 1.85 Crimes Per Hour.

The Narwhalian Republic of the North,