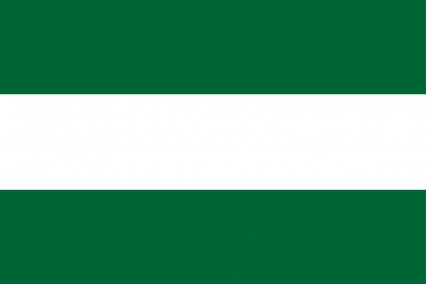 The Republic of Darmen is a gargantuan, safe nation, ruled by President Joshua Rademacher with an even hand, and renowned for its avowedly heterosexual populace, smutty television, and compulsory military service. The hard-nosed, hard-working, humorless, devout population of 19.797 billion Darmenis are either ruled by a sleek, efficient government or a conglomerate of multinational corporations; it's difficult to tell which.

The large, corrupt, pro-business government juggles the competing demands of Law & Order, Defense, and Spirituality. It meets to discuss matters of state in the capital city of Scott City. The average income tax rate is 96.7%.

The frighteningly efficient Darmeni economy, worth a remarkable 3,986 trillion Dollars a year, is led by the Arms Manufacturing industry, with significant contributions from Retail, Information Technology, and Uranium Mining. Average income is an amazing 201,354 Dollars, but there is an enormous disparity between incomes, with the richest 10% of citizens earning 1,143,516 per year while the poor average 17,297, a ratio of 66.1 to 1.

Country folk are sent to obligatory boarding schools to learn how to be civilized, military chaplains grow frustrated with their long commutes, several citizens have complained about scientists abducting their pets for experimentation, and citizens must pay to enjoy Darmen's pristine beaches. Crime, especially youth-related, is totally unknown, thanks to the all-pervasive police force and progressive social policies in education and welfare. Darmen's national animal is the German Shepherd, which is also the nation's favorite main course, and its national religion is Christianity.

Darmen is ranked 239,589th in the world and 92nd in Rushmore for Largest Trout Fishing Sector, scoring -17.89 on the Nemo Depletion Efficiency Index.