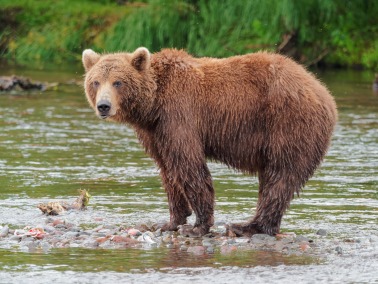 The Nation of the People of the Nation

The Lucky Beartopia of The Nation of the People of the Nation is a colossal, cultured nation, ruled by President Bearry with an even hand, and remarkable for its free-roaming dinosaurs, strictly enforced bedtime, and unlimited-speed roads. The compassionate, democratic population of 5.695 billion Nationians enjoy extensive civil freedoms, particularly in social issues, while business tends to be more regulated.

The medium-sized government prioritizes Education, with Industry, Healthcare, and Administration also on the agenda, while Spirituality receives no funds. It meets to discuss matters of state in the capital city of Beartopia. The average income tax rate is 81.0%, and even higher for the wealthy.

The frighteningly efficient Nationian economy, worth 833 trillion Paw Prints a year, is quite specialized and led by the Tourism industry, with major contributions from Information Technology and Book Publishing. State-owned companies are common. Average income is an impressive 146,390 Paw Prints, and distributed extremely evenly, with little difference between the richest and poorest citizens.

Mantis shrimp studies is academia's fastest-growing field, dentists routinely perform open heart surgery, evasive politicians don't fail to strongly commit to not committing to a course of non-inaction, and the housing market has collapsed like an overbaked Brancalandian souffle. Crime is totally unknown. The Nation of the People of the Nation's national animal is the Bear, which frolics freely in the nation's many lush forests, and its national religion is Beartopian Christian.

The Nation of the People of the Nation is ranked 115,762nd in the world and 333rd in Europeia for Most Extreme, scoring 17.71 on the Paul-Nader Subjective Decentrality Index.

Most Recent Government Activity: 31 minutes ago