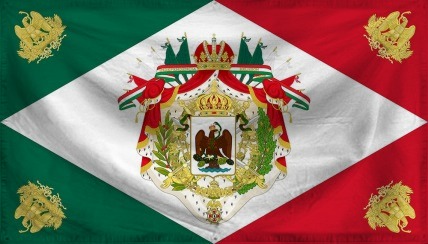 The Republic of Velarde is a colossal, safe nation, ruled by Dyleo Alejandro with a fair hand, and notable for its smutty television, public floggings, and anti-smoking policies. The compassionate, democratic population of 9.31 billion Velardeans enjoy a sensible mix of personal and economic freedoms, while the political process is open and the people's right to vote held sacrosanct.

The enormous government juggles the competing demands of Education, Environment, and Healthcare. It meets to discuss matters of state in the capital city of Velarde City. The average income tax rate is 88.9%, and even higher for the wealthy.

The frighteningly efficient Velardean economy, worth a remarkable 1,097 trillion Pesos a year, is driven entirely by a combination of government and state-owned industry, with private enterprise illegal. The industrial sector, which is quite specialized, is led by the Information Technology industry, with major contributions from Tourism and Book Publishing. Average income is an impressive 117,927 Pesos, and distributed extremely evenly, with little difference between the richest and poorest citizens.

Male cubicle workers stand up every time a woman enters the room, politicians sweat as journalists scour internet archives for any mention of them, anti-vaxxers claim that injected children are prone to psychotic breaks when they see the 'Queen of Diamonds' playing card, and the seventh son of a seventh son is fated to be a millionaire. Crime, especially youth-related, is totally unknown, thanks to a capable police force and progressive social policies in education and welfare. Velarde's national animal is the Golden Eagle, which soars majestically through the nation's famously clear skies.

Velarde is ranked 204,241st in the world and 120th in South Pacific for Greatest Rich-Poor Divides, with 1.55 Rich To Poor Income Ratio.