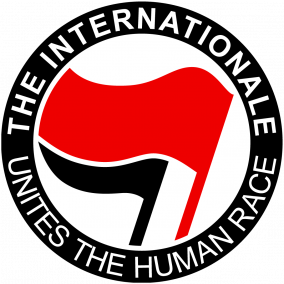 The People's Republic of Duravia (elected 65 days ago)

The Internationale Custodian of The Commune of la Guillotiere

The Internationale contains 485 nations, the 28th most in the world.

The Largest Basket Weaving Sector in The Internationale

World Census agents infiltrated a variety of out-of-the-way towns and festivals in order to determine which nations have the most developed Basket Weaving industries.

As a region, The Internationale is ranked 13,987th in the world for Largest Basket Weaving Sector.

The Internationale Regional Message Board

The Marxist Republic of Trashika

Thank you, but I have something very important to say.
Unfortunately in the past I believed in hate-free fascism, but in the end the reality is that racism is a characteristic element of fascism. That is why a few days ago I decided to convert. So please give me your trust and the chance to redeem myself.

The People's Republic of Duravia

So you have seen the light.

The People's Republic of Zarate-Campana

The Free Land of Calderoa

Yes, the kindness and inclusivity is all there in the beginning. They use propaganda and buzzwords to confuse you and obfuscate their goals. Then, when they feel as though they can no longer indoctrinate any further, it becomes Your duty conform or Be declared the enemy. To question their authority is seen as insolence and insubordination, making you an enemy or disposable. Anyone who does not follow through to the ideals of their end goal becomes the enemy. And do not be fooled as to what fascists feel should be done about The Enemy. Domination, conquest, and extermination are their only options. Now you know this.

The Socialist Republic of Greater Vietnam

Trashika. Like you have said, hatred is one of the defining characteristics of fascism/nazism, and since we are no fascists, we welcome and embrace you as one.

The Community of The Anarchic Collective of Z

Welcome Trashika. Your past is understood and forgiven.

The Marxist Republic of Trashika

Thank you all for your support.

The People's Republic of Zarate-Campana

The United Socialist States of Liberation and Prosperity