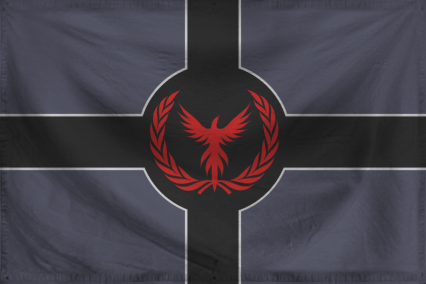 The Empire of Itani is a massive, efficient nation, ruled by King William IV with an even hand, and remarkable for its free-roaming dinosaurs, sprawling nuclear power plants, and punitive income tax rates. The compassionate, hard-working, cheerful population of 2.245 billion Itanians have some civil rights, but not too many, enjoy the freedom to spend their money however they like, to a point, and take part in free and open elections, although not too often.

The large, corrupt government juggles the competing demands of Administration, Education, and Industry. It meets to discuss matters of state in the capital city of Alinor. The average income tax rate is 94.1%.

The frighteningly efficient Itanian economy, worth 389 trillion Crowns a year, is quite specialized and led by the Tourism industry, with major contributions from Information Technology, Book Publishing, and Arms Manufacturing. Average income is an impressive 173,695 Crowns, and distributed extremely evenly, with little difference between the richest and poorest citizens.

Blackface performers claim they are being deliberately ironic, it's always rabbit season, government statisticians explain census inaccuracies by declaring that "Sith happens", and a suspicious number of male students have joined the Ladies' Wrestling League. Crime, especially youth-related, is totally unknown, thanks to a well-funded police force and progressive social policies in education and welfare. Itani's national animal is the Phoenix, which soars majestically through the nation's famously clear skies, and its national religion is The Eight Divines.

Itani is ranked 10,113th in the world and 347th in the South Pacific for Most Advanced Law Enforcement, scoring 7,538.8 on the Orwell Orderliness Index.