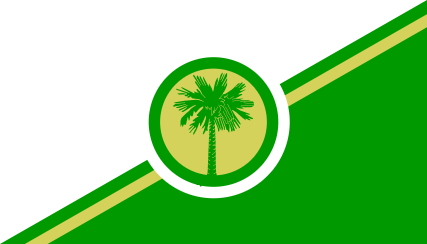 The Coastal Paradise of Rainengrad is a colossal, cultured nation, ruled by Wiffen Niemeyer with an even hand, and remarkable for its complete lack of prisons, unlimited-speed roads, and irreverence towards religion. The hard-nosed, hard-working, cheerful population of 8.541 billion Rainengradians have some civil rights, but not too many, enjoy the freedom to spend their money however they like, to a point, and take part in free and open elections, although not too often.

The medium-sized, corrupt government juggles the competing demands of Education, Defense, and Administration. It meets to discuss matters of state in the capital city of Franaberline. The average income tax rate is 69.6%.

The frighteningly efficient Rainengradian economy, worth a remarkable 1,822 trillion Lexells a year, is broadly diversified and led by the Information Technology industry, with significant contributions from Tourism, Arms Manufacturing, and Retail. Black market activity is frequent. State-owned companies are reasonably common. Average income is an amazing 213,348 Lexells, and evenly distributed, with the richest citizens earning only 3.8 times as much as the poorest.

Expensive lawyers are hired to defend citizens in court for public urination charges against their pets, the government is spending millions on renovating the public transportation system, police officers that upset their bosses get assigned to 24 hour stakeouts of bike sheds, and sharks are enjoying their deliveries of canned food. Crime is totally unknown. Rainengrad's national animal is the golden eagle, which soars majestically through the nation's famously clear skies, and its national religion is Church of Mecha.

Rainengrad is ranked 192,249th in the world and 9,440th in The North Pacific for Least Corrupt Governments, with 77.13 Percentage Of Bribes Refused.

Frances Francis the First of France,

The Democratic Kingdom Of Skaraborg,