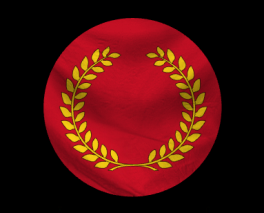 The Plutocratic Banana Republic of Zerentopia is a colossal, orderly nation, ruled by King CEO President Johan Liebert with an iron fist, and renowned for its barren, inhospitable landscape, sprawling nuclear power plants, and unlimited-speed roads. The hard-nosed, hard-working, cynical, humorless, devout population of 9.665 billion Zerentopians are ruled with an iron fist by the corrupt, dictatorship government, which oppresses anyone who isn't on the board of a Fortune 500 company. Large corporations tend to be above the law, and use their financial clout to gain ever-increasing government benefits at the expense of the poor and unemployed.

The minute, corrupt, moralistic, pro-business, well-organized government, or what there is of one, juggles the competing demands of Defense, Industry, and Law & Order. It meets to discuss matters of state in the capital city of Central City. Income tax is unheard of.

The frighteningly efficient Zerentopian economy, worth a remarkable 4,425 trillion Braxes a year, is driven almost entirely by the private sector, which is broadly diversified and led by the Retail industry, with significant contributions from Uranium Mining, Arms Manufacturing, and Information Technology. Average income is an amazing 457,857 Braxes, but there is a vast disparity between incomes, with the richest 10% of citizens earning 3,857,767 per year while the poor average 10,174, a ratio of 379 to 1.

Strange lights seen in the sky are officially regarded as weather balloons or hoaxes and nothing else, people think garlic bread counts as one of their "five a day", EULAs remind customers that "Private Mode" is a browser setting rather than a promise, and financial investors are noting a boom in artillery. Crime, especially youth-related, is totally unknown, despite the fact that it is difficult to make it through a day without breaking one of the country's many laws. Zerentopia's national animal is the Phoenix, which is also the nation's favorite main course, and its national religion is Money.

Zerentopia is ranked 277th in the world and 16th in the Rejected Realms for Largest Gambling Industry, scoring 32,850.57 on the Kelly Criterion Productivity Index.

The Central Flat Lands Of Canada,

A Leaf on the Wind,

The Russian Federation and Soviet Union,